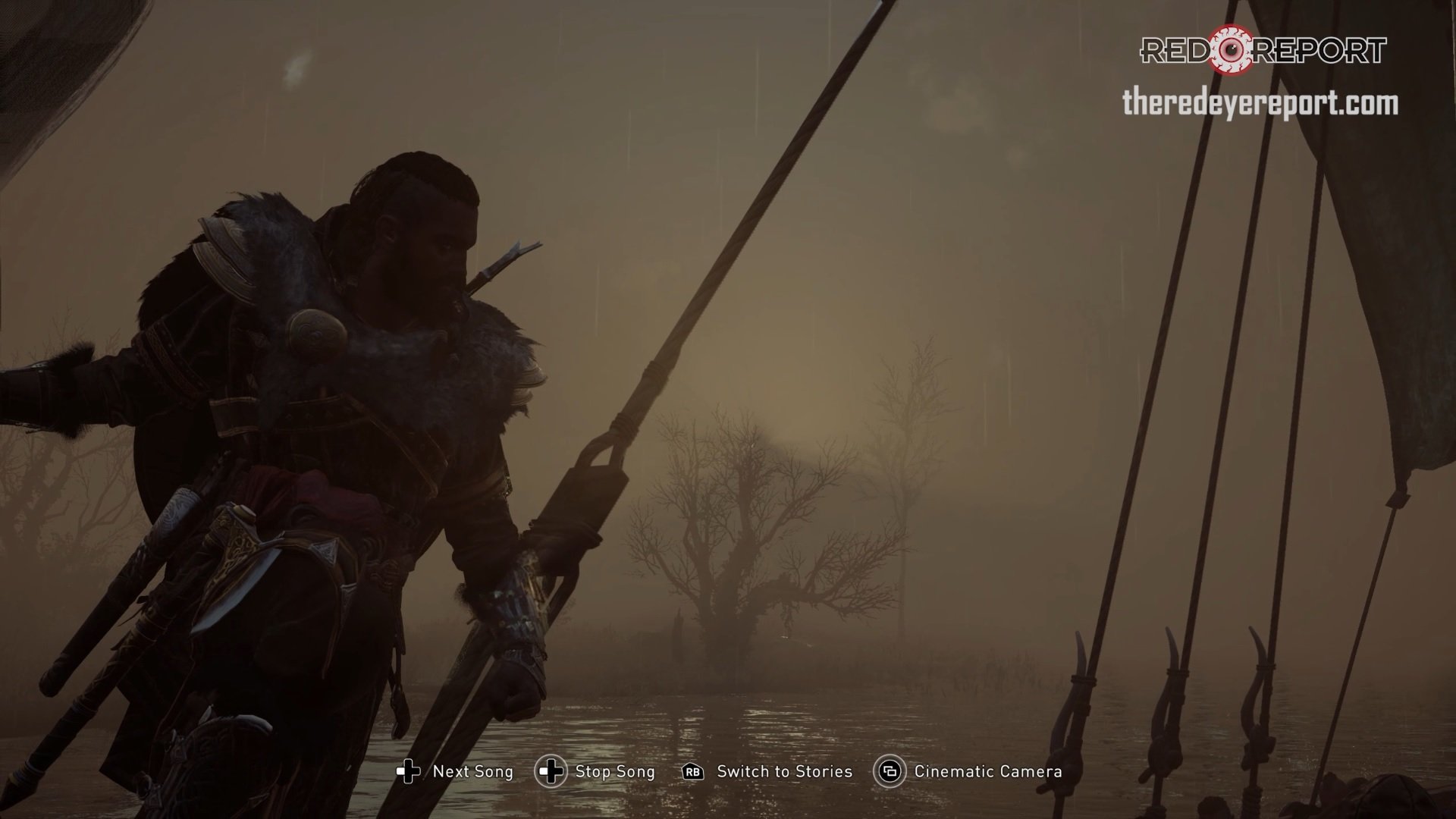 I enjoyed core Assassin’s Creed Valhalla immensely, but by the end of the game I had lopped off one too many heads, dive kicked one too many bears, and Ubisoft had thrown too much incomprehensible Animus bullshit at me that I needed to take a hiatus from Valhalla. Several months later, feeling refreshed and lusting for the blood of my enemies, I decided to give the expansion Wrath of the Druids a go.

I’ll steer clear of major spoilers here. The setup for Wrath of the Druids is relatively simple. The King of Dublin, who happens to be your cousin Baird, has requested your presence in Ireland. There are faces that need to be kicked in and treasure to be plundered in Ireland, so of course, Eivor can’t resist. Upon first arriving in Dublin, you encounter a small city that looks an awful lot like the ones you left behind in England. I wasn’t terribly impressed at first blush, and I think this presentation was intentional. Baird has scraped Dublin up from the ashes, and for him to secure his and his son Sichfrith’s place as the rulers of Dublin and a part of Ireland’s future, he will need to win over High King Flann.

You get an early quest to reclaim a trading post near Dublin. This is when the scope and beauty of Ubisoft’s Ireland comes into focus. The landscape is stunning. To be fair, it’s a greener and rainier version of the English landscape, but the rolling hills, waterfalls, standing stones, and settlements dotting the far distance make for a great contrast to England. It was exciting to arrive at vantage points and take it all in. I experienced many postcard moments where I would just stop and say, “Goddamn, this is good looking!” The bogs look great. Thick mists and rain make for a mysterious and enchanted journey through many areas of the map.

There aren’t any major changes to the systems from the core game. One notable addition is the trading posts and related trading system. Trading posts are distributed throughout the map. You need to investigate these posts, and by investigating, I mean viciously slaughter every bandit on the grounds, and locate the deed to claim the post. At each post you find a note telling you of a nearby location where you can find the deed. Obtaining the deeds wasn’t too much of a hassle, and it added a bit more ownership over the posts. Once you claim the post, you can build it up with structures that contribute more to your trading coffers.

Through your trading liaison, Azar, you exchange materials with other regions to build the renown of Dublin. It’s much like building up Ravensthorpe, but Dublin’s renown goes up based on how many trades made instead of how many buildings are constructed. The trading system is a welcome addition. Not only does it incentivize material procurement through raids and exploration to build up the posts, but it adds a relatively low-maintenance management layer for the trades.

Another addition to the game is Royal Demands. You can go to pigeon coops to receive missions from kings around Ireland. By completing these missions, you will gain resources and more importantly the support of their armies and trade. It’s a decent concept, but the missions are the same run-of-the-mill activities that you’d be doing anyway. Things like conducting a raid on a settlement or assassinating a few enemies at a camp. To make things more interesting, there are bonus parameters like not being detected or not taking damage. If you manage to meet those parameters, you get bonus materials. I found the Royal Demand missions to be boring as hell. Fortunately, you don’t have to endure too many of these to progress the story of Wrath of the Druids.

The Animus is nowhere to be seen in Wrath of the Druids. It’s all built around the human stories of your cousin Barid trying to join the inner circle of the High King of Ireland, Flann. Another major character is the court poetess, Ciara, who quickly becomes a love interest for Eivor. Ciara is from the Druid tribes and has a complex relationship with the rising power of Flann. The characters in Wrath of the Druids drive the story along nicely. My favorite part of Wrath of the Druids was, well, the Druids.

They represent the old ways of Ireland, and a mysterious sect, the Children of Danu, have resorted to murder and deceit to preserve a pagan Ireland. The Children of Danu are into some weird shit like ritualistic sacrifice, and they are hellbent on not letting King Flann stay on the throne. I found the human manned fortresses and camps in Wrath of the Druids to be bland for the most part. If you’ve played AC Valhalla for any significant time, the fortresses are all too familiar. Druid territory and activity is another story entirely.

The Druids would frequently ambush me in the forest and deploy their green, psychedelic haze to confuse Eivor, just enough, to make the combat feel much more intense. Children of Danu enemies have animal companions, fire attacks, various disorientation attacks, and they conjure super cool pagan magic during battles. It’s a lot of fun, and when you get into the heart of Children of Danu territory, you are rewarded with an awesome boss battle and very cool visuals. I was getting big time Witcher 3 vibes during the Children of Danu sections and was absolutely loving it. There was a true air of mystery between all the magic and monsters.

Things ramp up quickly with the Children of Danu, which shouldn’t be surprising, since the expansion is named after the Druids. My only real gripe with this expansion is that the Children of Danu are placed on the back burner at a certain point in the campaign. It was disappointing because I found the Druids so interesting and fun to fight. Wrath of the Druids eventually pivots to Order of the Ancients style hunting missions, where you collect clues to uncover the identities of entrenched Children of Danu agents. This was fun because you need to read the notes and do a little detective work to uncover the agents. Unfortunately, many of the agents are housed in plain jane fortresses and not kick ass Children of Danu murder lairs.

I’m glad to report that Wrath of the Druids doesn’t overstay its welcome. It’s maybe a 15-hour romp in Ireland, more if you want to get all the items and build up Dublin’s renown. If you liked AC Valhalla, I’m sure you’ll love Wrath of the Druids. There’s plenty of killing to be done, sites to see, and loot to be plundered. The expansion recommends level 55, but because of Valhalla’s enemy scaling system, it really doesn’t matter what level you are. The characters along your path are engaging, and the story makes sense. The new trading mechanic adds a meaningful layer to AC Valhalla’s already excellent looting and upgrading systems. The Royal Demand system is a bit lame, but it doesn’t take that long to get through it. The true shining star in all of this are the Children of Danu and the awesome boss battles and pagan magic. I would like to see more of this high fantasy-ish action from Ubisoft in future installments. It has a similar feel to Witcher 3, except with better combat, and me likey.