In this episode of the Red Eye Report, we tackle the low-hanging topic of the Lottery Loser Myth.

In tonight’s episode of The Red Eye Report we’re tackling some low hanging topic of the Lottery Loser myth.

The usual lucky lads we have with us tonight are:

Shake your Sack a Day Oracle

Pause for the Cause = Sniffles the siamese cat

Except most lottery winners do not wind up broke, or miserable, or bankrupt.

Stories about regretful lottery winners are trotted out whenever jackpots get big. But as much as jealous losing bettors might want to think that winners’ unfathomably good luck is balanced out by bad, most people who strike it rich this way settle into lives of quiet, comfortable anonymity.

And yet, the myth of the miserable lottery winner persists. The history of this myth reveals a longstanding national discomfort with gambling, and exposes deep-seated cultural beliefs about the connection between wealth, work, and merit.

Why the Powerball Jackpot Keeps Getting More Ludicrous

But we love to hear about the LOSERS

Sharon Tirabasi – single monther on Canadian welfare won $10 million
Blew her money on expensive clothes, pimped out car, clothes and vacations with friends. She did manage to put some of it into trusts for her kids to access at age 26. She is now back to riding the bus and renting her house in less than a decade. 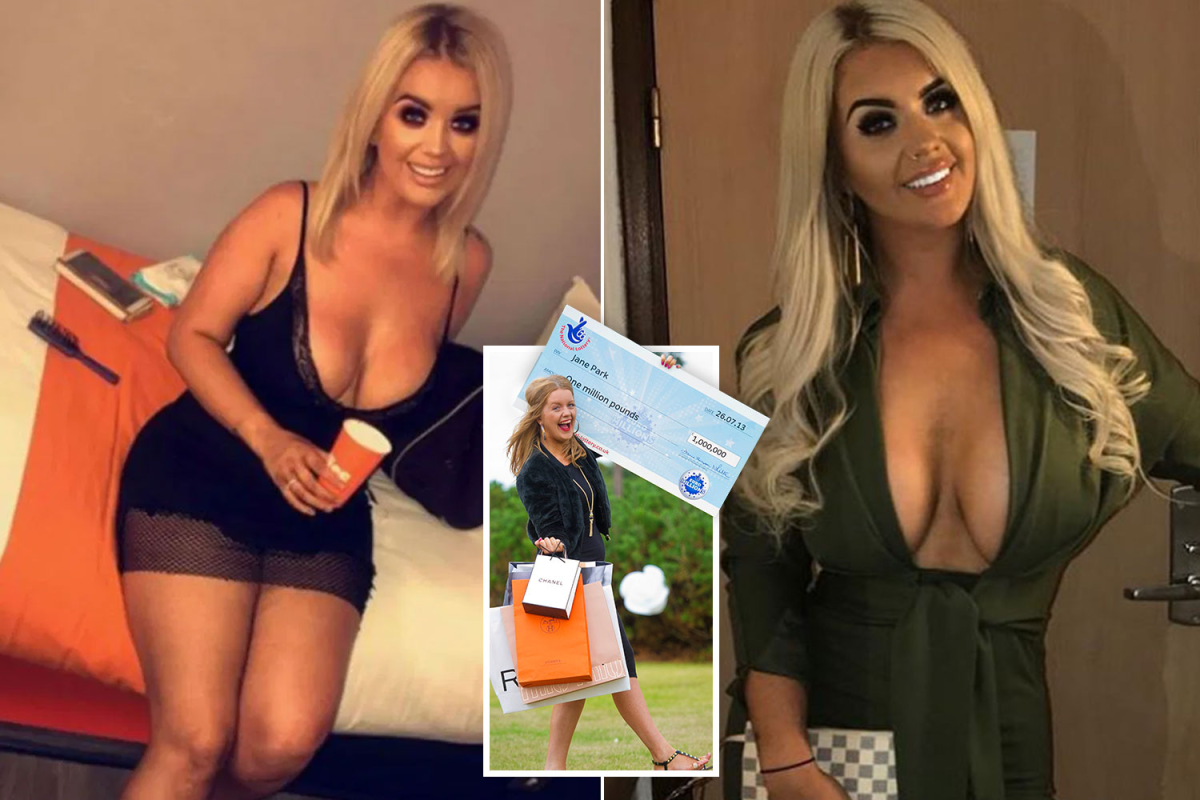 Jane Park – 17 from Edinburgh Scotland
Won 1 million pounds
Claims money ruined her life after spending $100,000 pounds on a doctor who was to help control her manic jealousy and turn her into “wife material”
Spent over 50,000 pounds on plastic surgery for a bum lift and boob job, lip fillers and botox.
Lost her licence when caught drunk driving in a McDonalds drive-tru

Paddy Bigby – won $1 million – had blown it within 2 years
Plotted with her daughter to sell her 10 week old grandson to another of Bigby’s daughters she had “sold” years ago to an adopting family, who she would regularly extort for more money by threatening to ask for her child back. This estranged daughter set up an exchange point with the FBI.
Bigby and her boyfriend were arrested by authorities. She also lied to her daughter with the 10 week child saying she was selling the baby for $10K when the deal was actually for $30K.

David Lee Edwards, 46 – won $41 million in Kentucky Powerball
He was a convicted felon of armed robbery and spent a third of his life behind prison bars by this time. He borrowed money from a friend to pay his water bill and used the change to buy pizza and a Powerball ticket.
And within a year of being an instant millionaire, Edwards went on a spending spree. He threw down $12 million in that first year alone, buying himself and Shawna a 6,000-square-foot mansion in Palm Beach with a private tennis court for $1.6 million, dozens of expensive cars, and a LearJet with a personal pilot worth $600,000.

His Palm Beach neighbors complained that Edwards had so many cars in his driveway, that it looked like a car dealership.

He also spent on three losing racehorses, a limo business, and a fiber optics installation company. He also spent lavishly on medieval armor and swords to decorate his mansion — most of it cheap knock offs of originals.

But Edwards also had a drug problem. He and Shawna contracted hepatitis from sharing tainted needles, while she had an Oxycontin addiction. The two had multiple run-ins with authorities.

After 5 years his young wife left him to remarry and he ended up living in a storage unit, where he died surrounded in his own feces.

Pete Kyle, 56 – won 5 million pounds
He was a retired Royal Artillery gunner. Went on expensive vacations and bought multiple luxury cars, boats, a mansion and lots of cash to his kids. Bought his ex-wife a Renault Megane, some fancy car that Mystic knows about. He also owed large sums of money for expansions on his mansion that he didn’t bother to get permits for, thus pissing off all his new neighbors.
Less than 3 years later he broke and living in a flop house called “The Rooms Hotel” 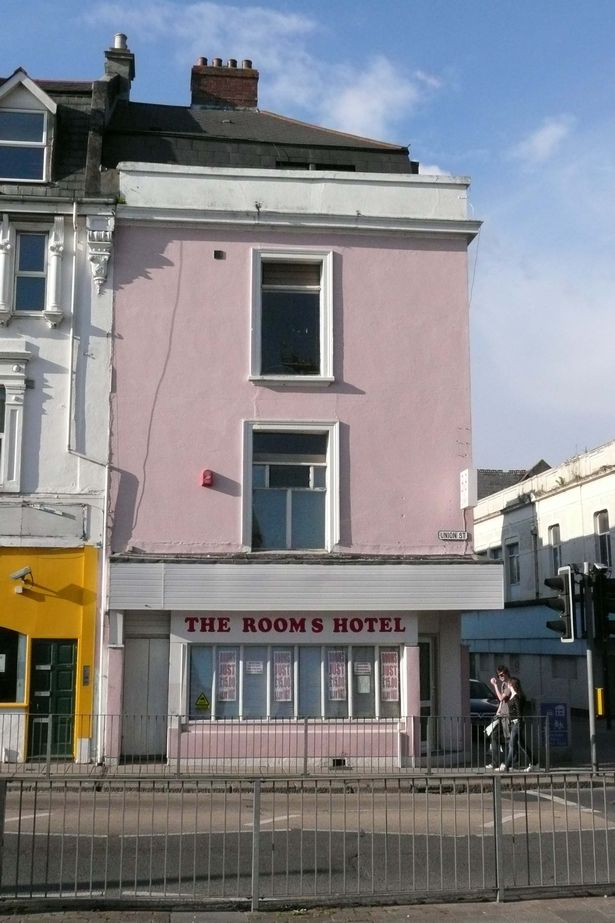 The man who bought his mansion at a reduced price reported that he had to personally write over 260 different bill collectors that Mr. Pete Kyle was no longer a resident.

Jack was already a construction entrepreneur what was already worth over a million dollars before winning. Whittaker, 55 at the time, was already worth $17 million. But in the years following his Powerball hit, his life took a seemingly cursed turn: He had hundreds of thousands of dollars stolen from him, endured multiple family tragedies — including the horrific death of his granddaughter, had people try to drug him, saw his home burn down, and turned into a first-class jerk.

He once complained to the Associated Press that, “I’m only going to be remembered as the lunatic who won the lottery.” But really, Whittaker, who died of natural causes, might be remembered as Powerball’s unluckiest winner.

He did nothing to make things easier for himself.

“Jack Whittaker was a complete wacko,” Bob Rufus told The Post. A retired forensic accountant, Rufus investigated and worked with the lotto winner during a contentious divorce from his wife, Jewell. (Jack filed for the split in 2005.) “I remember him being in a heated dispute with Jewell’s lawyer, who said to Jack: ‘You confused your IQ with the amount of your lottery winning.’”

At that, Rufus remembered, “Jack was ready to start throwing punches. He was very volatile.”

After winning, Whittaker vowed that the prize would not change him. A week later, he showed up at the Pink Pony, a strip club near his home, and slammed $50,000 in cash on the bar.

“My worst nightmare was waking up in the morning and reading in the paper that Jack Whittaker got rolled at the Pink Pony,” the bar’s manager told the Washington Post. “I said, ‘Please put that money away . . . ’”

Whitaker became more brazen. On another visit to the club, months later, he bragged about having $545,000 stashed in his Lincoln out in the parking lot. Two employees allegedly slipped a mickey into his drink, broke into the vehicle and stole the cash. (They were charged but never indicted.) Whittaker got a bit of good luck when the cash was found near a dumpster.

Around the county, Whittaker became known for newly caddish ways. According to the Washington Post, while boozing it up at a local bar, he loudly offered one female bartender money for sex. He later proffered $10,000 to another bartender if she would pose for him in her underwear. (Both women turned him down.)

Meanwhile, things were not going well at home. In 2004, a friend of his teenage granddaughter, Brandi, was found lifeless from a drug overdose in Whittaker’s house. Later that year, Brandi, who was said to be the apple of Whittaker’s eye, was discovered dead — her body wrapped in a plastic tarp behind a derelict van — from undisclosed causes.

“He gave a crazy stipend to his 17-year-old granddaughter and that attracted some bad characters; nothing good came of it,” said Rufus of the girl who, according to the West Virginia Gazette, received $2,000 per week and was gifted four cars by her grandfather.

Whittaker loved gambling — and that, too, proved disastrous when Caesars Atlantic City sued him for bouncing a $1.5 million check written to cover his losses.

Following another casino imbroglio, he settled with a woman who accused him of sexually assaulting her at Tri-State Racetrack and Gaming Center in Charleston, W. Va. Then, in 2007, Whittaker said he could not pay because he was broke. He insisted that, according to CBS News, a “team of crooks” cashed fraudulent checks “and got all my money.” He and the bank where it supposedly happened settled their differences later that year.

Things seemed to quiet down for Whittaker for a few years — until his home burned down in 2016.

“All of the stories are true,” said Rufus of Whittaker, who ended up dying of natural causes.

Ashtray:   The Red Wave was more of a trickle

Oracle: Farting in my sleep

Mistic:   Election nights in a newsroom is pure situational Hell.

Ashtray:   Not being an asymptomatic superhuman

In all Seriousness: Go fuck yourself

Dr Oz – you were beaten for picking on a stroke victim