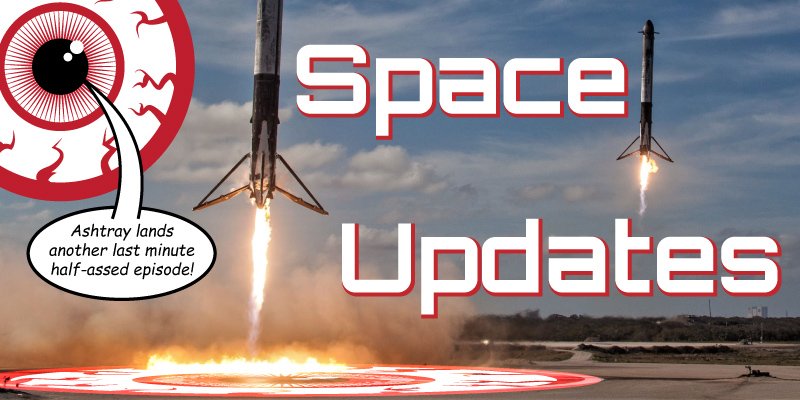 This week on the Red Eye Report, shit is getting too real on Earth, so we turn our eyes to heavens. What the hell is new with space these days. Turns out a lot! Also in the show, the U.S. Postal Service kicks some ass and gets Teddy his smutty lighters, and Oracle transforms into a hillbilly chipmunk. All hail Schleggbogg!

Arrokoth: is a billion miles further than Pluto

NASA launches Americans to space in American made rockets

On Saturday, May 30, 2020, a SpaceX Falcon 9 rocket carrying the company’s Crew Dragon spacecraft launched on NASA’s SpaceX Demo-2 mission to the International Space Station and made its way into the history books. The Demo-2 mission is the first launch with astronauts of the SpaceX Crew Dragon spacecraft and Falcon 9 rocket to the International Space Station as part of the agency’s Commercial Crew Program. The test flight serves as an end-to-end demonstration of SpaceX’s crew transportation system. Behnken and Hurley launched at 3:22 p.m. EDT on Saturday, May 30, from Launch Complex 39A at the Kennedy Space Center. A new era of human spaceflight is set to begin as American astronauts once again launch on an American rocket from American soil to low-Earth orbit for the first time since the conclusion of the Space Shuttle Program in 2011.

China lands on the Dark Side of the Moon!

Ol’ Chinar set another human record by landing a rover on the dark side of the moon. A separate satellite that orbits the moon allows it to communicate back to earth.

First ever photo of a black hole

8 radio telescopes were synced up with atomic clocks to gather enough information to image a super massive black hole. They are now trying the same method with the big fucker at the center of our Milky Way.

Voyager 2 finds proof of the Heliopause

Voyager 1 and 2 have both left our solar system and are now in INTERSTELLAR SPACE.

Voyager 1 had a failure with it’s plasma sensors, but Voyager 2 saves the day in Dec 2018. Discovers the Heliopause, which is like a magnetic field shield

Oracle: Black hole in my mouth

In all Seriousness: Go fuck yourself Oregon, Wisconsin. That’s our show, we’re gonna be here every Thursday night at 10pm central, make sure you join the conversation at theredeyereport.com or facebook.com/redeyereport…..you can also twittle us @redeye_report….like us, share us, or fuck us, we’re down for whatever. I’m Ashtray…………….and this is the RED EYE REPORT!!!!!