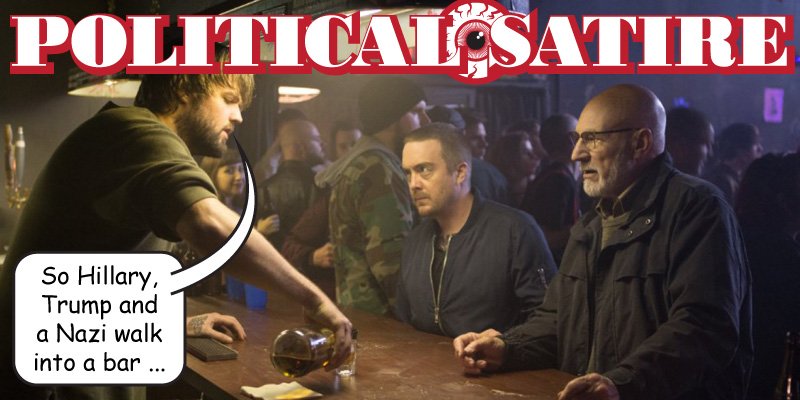 In this episode of The Red Eye Report, we talk about Political Satire. We also give our review for Green Room, starring Sir Patrick Stewart, and finally, we spank 10 monkeys.

Teddy: New media and beyond

Teddy: I am Alive

Jim Hamilton – Fort Lauderdale, FL – Oracle: Rather get fucked by a dolphin or fuck a homeless man?

Louie Lemons – Nashville, TN – Ashtray: You ever gotten a brojob?

Anthony Versaille – Greensburg, Ill – Mistic: Who would win in a fight? Mike Ditka or the entire Cleveland Browns defensive line.

Fuck What You Think (7 minutes):

In all Seriousness: C’mon people, it’s just a fucking game. Why are grown men fighting over a football game? The same reason Donald Trump is only 8 points behind Hillary, alcohol. If everyone just smoked one and chilled the fuck out. We would all be eating tacos, discussing the merits of early Polish cinema on eastern European culture. No. Instead, we punch each other because we like a different team. Or think it’s alright to grab women by the pussy. My six year old knows to keep her hands to herself Donald. I’ll tell you what though Donald, if she ever meets you, I’ll let smack the shit out of a motherfucker, just this once. That’s our show, make sure you join the conversation at theredeyereport.com or facebook.com/theredeyereport…..you can also twittle us at twitter.com/red_eye_report….like us, share us, or fuck us, we’re down for whatever. I’m the Mistic…………….and this is the RED EYE REPORT!!!!!.