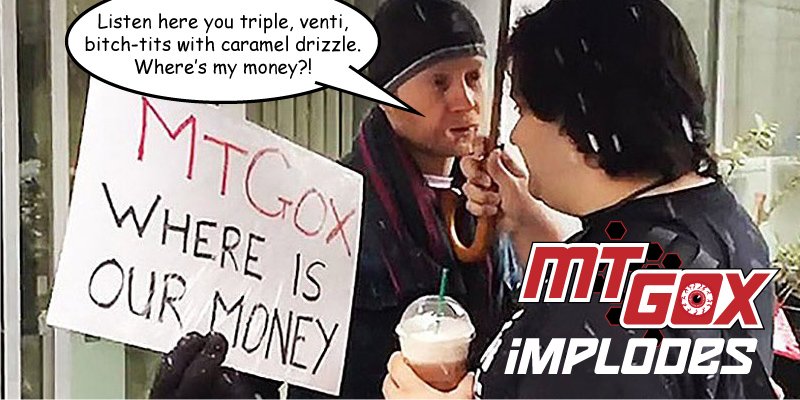 In this episode of the Red Eye Report we talk about what happens when you put a Magic the Gathering nerd in charge of billions of dollars. We make fun of Teddy’s electric lawnmower. And finally, Mistic get’s uppity.

The Implosion of Mt Gox

In February 2014 Gox suspended trading, closed the website and filed for bankruptcy.

Approx 850,000 bitcoins belonging to customers and Mt Gox were missing/stolen

Created by Jeb McCaleb as a Magic the Gathering card trading platform.

Idea was dumb – so Jeb dropped it after 3 months

July 2010 McCaleb learns about Bitcoin and on July 18th he launched the mtgox.com as a bitcoin exchange

McCaleb sold Mt Gox to a French developer who lived in Tokyo named Mark Karpeles, claiming he didn’t have the time to take the site to the next level

“Mark, stop playing with the robot.”

“Mark, don’t bring your pizza into this meeting.”

Mark was the only one in true control of the account. No one else in the company was actually able to see the real funds

A Hot Wallet is the active account with bitcoins on the server.

Cold Storage is when they take a certain amount of Bitcoins off the Hot Wallet, converting it to physical paper. A brand new laptop would be bought, all communications onboard are disabled, then the computer processes the bitcoins to printed code that is printed. The laptop is then destroyed. The paper is the only way to convert those bitcoins back into their digital form.

Cracks in the Trust of Mt Gox.

By Novemeber 2013 customers were having a hard time withdrawing their money from Mt Gox. Taking weeks or months to go through.

Because of Silk Road, they were limited by their Tokyo bank in only transacting in Japanese Yen. The only way they were allowed to transfer money was via the Post Office of Japan. Mark had to order the cash withdrawls in physical cash, then walk the bags up the block to the post office to wire the money to the customers.

Feb 24th they wiped their Twitter feed and issued this statement:

In light of recent news reports and the potential repercussions on MtGox’s operations and the market, a decision was taken to close all transactions for the time being in order to protect the site and our users. We will be closely monitoring the situation and will react accordingly.

In all Seriousness: Go fuck yourself Winner, South Dakota. That’s our show, we’re gonna be here every Thursday night at 10pm central, make sure you join the conversation at theredeyereport.com or facebook.com/redeyereport…..you can also twittle us @redeye_report….like us, share us, or fuck us, we’re down for whatever. I’m Oracle…………….and this is the RED EYE REPORT!!!!!