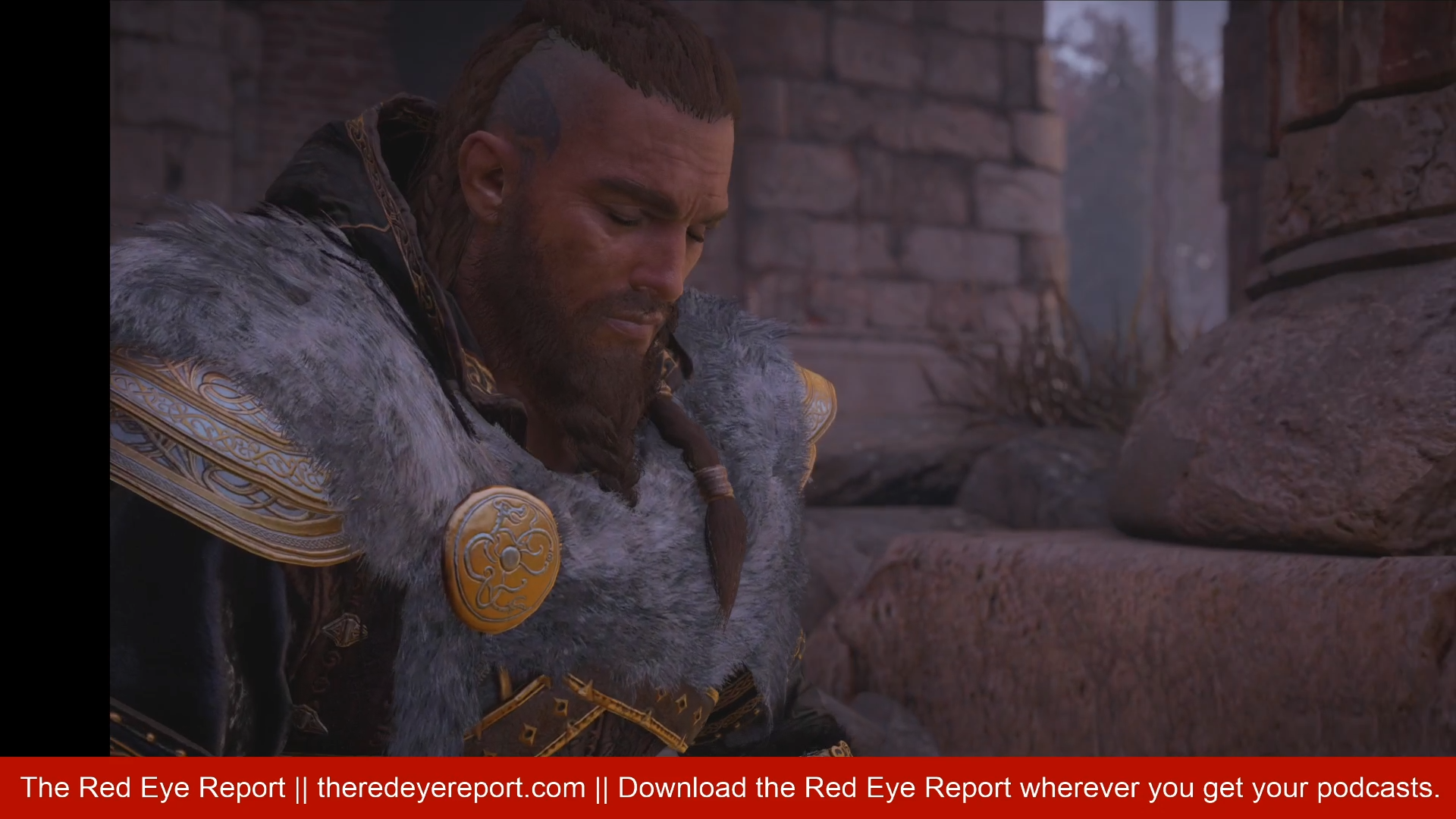 Assassin’s Creed Valhalla is the third AC game since a major overhaul of the series starting with Assassin’s Creed Origins in 2017. I found Origins to have an impressive and dynamic open world with a decent story. The follow-up to that game, Assassin’s Creed Odyssey which released in 2018, was impressive in scope, but I found the main storyline to be uninteresting. On top of that, the combat felt inconsequential and there were too many samey quests. It was like everything from Origins had been turned up to 11 in Odyssey, and for me, it made the game less interesting.

Enter Assassin’s Creed Valhalla in 2020. Weeks before this game came out, I watched a gameplay preview trailer for Valhalla, and I remember thinking, “Here we go again. This looks like a fucking reskin of Odyssey.” I was not excited for the game. The AI looked dumb as hell, and the dialogue seemed stupid. Positive reviews began coming out shortly after the game was released, which didn’t tell me a lot, because Odyssey received great reviews when it came out. I decided to take a chance on Valhalla and was surprised by how different it felt.

I actually cared about the story in Valhalla. The gear was limited and you were motivated to invest in it. You had a community of Danes in your settlement, Ravensthorp, that actually mattered. Side-quests weren’t shoved down your throat. And raids with your crew on monasteries were fucking awesome. Ubisoft Montreal, the primary studio behind Valhalla’s development, had used lessons learned from Origins and Odyssey to deliver a much more balanced game. The scope of the game was still there, but it was presented in a compelling way.

Jesus fuck, Oracle. This article is supposed to be about how to improve the game with a few settings…not a tribute jackoff event about how good the game is!

Fine. As good as Valhalla was, it still lacked an element of exploration that I enjoyed in games such as Breath of the Wild or Jedi: Fallen Order. Just as in any other Assassin’s Creed game, you travelled to a vantage point like the top of a cathedral, synchronized, and now you suddenly had a bunch of points of interest to go to on the map and in your compass. The same applied to objectives. Once you were given a task, you knew exactly where to go, so you b-lined it to the objective.

Fortunately, there is a way to tweak settings in Valhalla and substantially increase the sense of exploration in the game. I’ve found that tweaking these settings has turned a good game into a great game. It is important to note that you need to actually be in the campaign to change some of these settings.

2. In “Gameplay” change the “Exploration Difficulty” to “Pathfinder.”

3. In “Interface” turn “Enemy Proximity” to off.

After you change the above settings, your Assassin’s Creed Valhalla experience should be much more exploratory and a bit more challenging while still being fair. When you travel to new destinations, you will need to use a combination of your raven Synin, the map, and landmarks to help you navigate the world. I’ve found Valhalla to be much more rewarding when I’ve set out on a road or followed a river to my destinations, only to encounter new and exciting side-quests that I wasn’t expecting. If you are a purist, and want to go full psycho, knock yourself out. There are many more options that you can tweak.

Visually, the game feels much less cluttered with the compass and its icons removed. The only icons that show up are speech bubbles on NPCs that you can interact with and quest markers once you get in close enough proximity of them. You can use your fuckoff supersight thingy when you’re in an area to help you locate things like loot and points of interest. When I changed these settings at first, I would frequently get lost and didn’t know where to find objectives in buildings. As I played more, I got better at navigating, and there’s no way I’m going to change the settings back. I believe some of these settings were available in Origins and Odyssey. I don’t know if I will go back to those games anytime soon though. Valhalla fine tunes what those games offered in many ways.