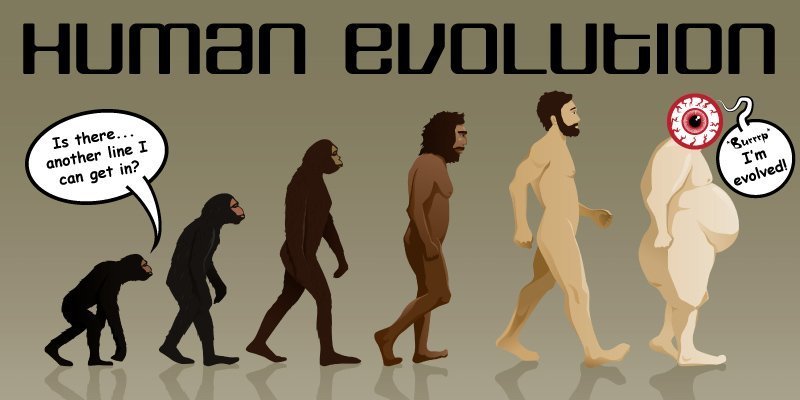 In this episode of the Red Eye Report, we talk about Human Evolution. Where did we come from and how many Neanderthals did we fuck to get here? Judging by the faces of my co-hosts, I’d say the answer is a lot.

Ashtray’s been known to blackout and rummage through trash bins at night looking for simple proteins and scraps like a savage beast. Scientists are still trying to determine whether this is the result of ass-clapping a Neanderthal or being a raging drunk.

Teddy has a recessive gene that causes him to think the Playstation Vita was a good gaming system. He also consistently fantasizes and comments on consuming the bodies of other humans, especially the body of our next host…the almighty Mistic…

Mistic’s body had morphed into a gelatinous mass. We’re not sure what Mistic is evolving into, perhaps a giant brain, or perhaps a new Pokemon. Either way, the process will be streamed on Twitch.

That leaves me, Oracle. I’m tall and I can eat dairy like a fucking mutant. So I guess I have those evolutionary traits going for me. What’s it good for? I don’t fucking know. Sucking on giraffe titties? Nature holds many mysteries, so join us as we uncover a few of them ON THE RED EYE REPORT!

We share a common ancestor that lived 7 million years ago, the chimpanzee

We have closer relatives, hominins, who are no longer living.

Closer to around 6 million years ago another one, Orrorin tugenensis, lived in East Africa.

The first known stone tools were produced in Ethiopia

2 million years ago, Homo erectus became the first hominin to migrate out of Africa

800,000 years ago, advances in cooking were fueling brain growth

Homo sapiens emerged in Africa about 200,000 years ago

Everybody was fucking Neanderthals

We are still evolving

In all Seriousness: Go fuck yourself Wichita, KS. That’s our show, we’re gonna be here every Wednesday night at 10pm central, make sure you join the conversation at theredeyereport.com or facebook.com/redeyereport…..you can also twittle us at redeye_report….like us, share us, or fuck us, we’re down for whatever. I’m Oracle…………….and this is the RED EYE REPORT!!!!!