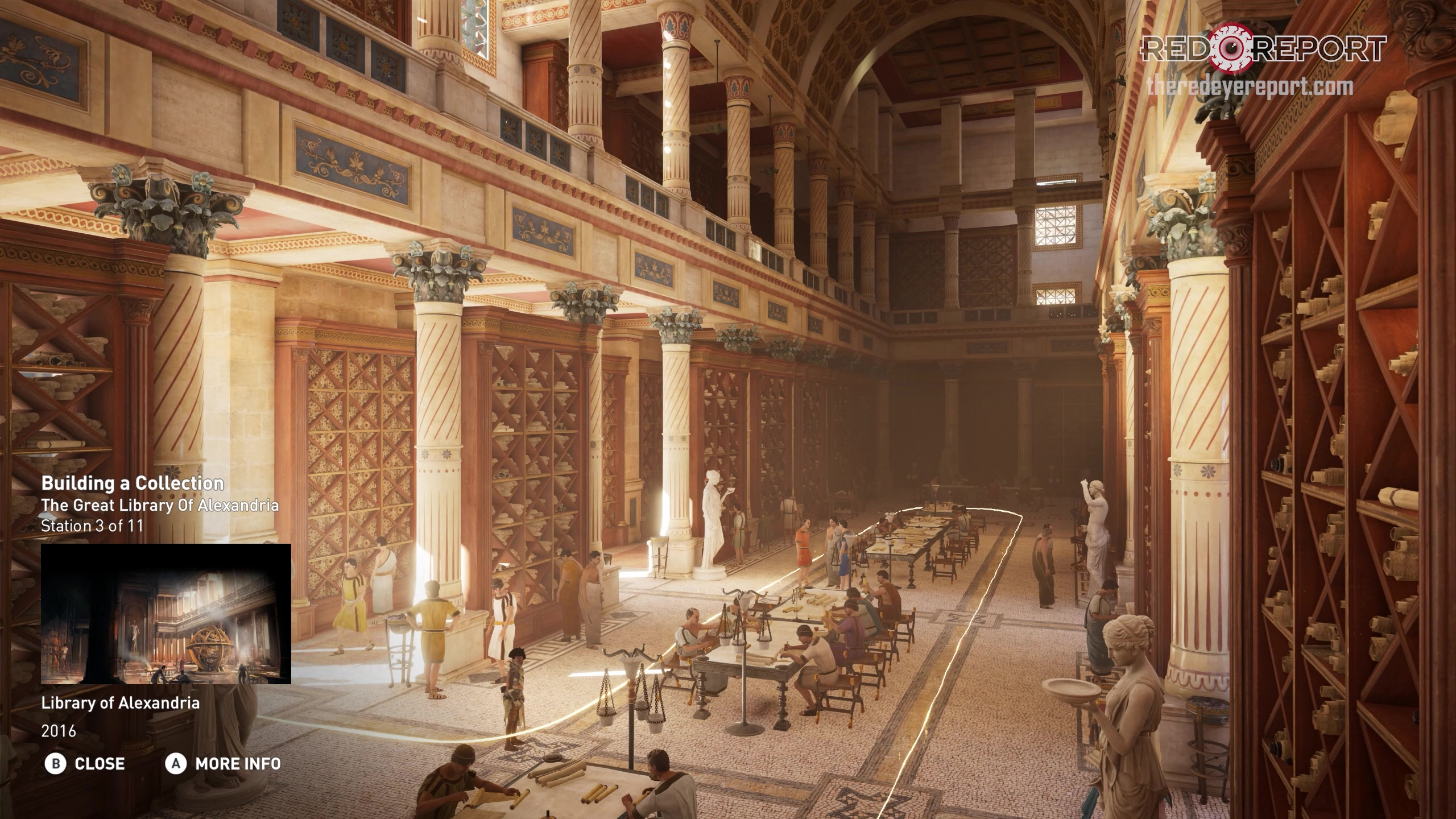 Welcome to The Great Library of Alexandria. Near the district of royal palaces and within the most Mouseion was the most famous library of all antiquity. The Library of Alexandria was built to house all of human knowledge. at its pinnacle, the library was believed to contain over 700,000 parchments.

While much of the collection was purchased at the government’s expense, the library also obtained books through other means. Any books owned by travelers coming through the city were seized to be copied for the library. The copy would then be returned to the owner and the original entered into the library’s collection.

Alexandria offered unrivaled intellectual and cultural attractions, eminent scholars from Athens roads and other Greek centers traveled to the city to learn and engage with other free thinkers. Both the most sane and the library were at the center of groundbreaking ideas and creative expression. The great minds of antiquity were usually well versed in many disciplines, which were often associated to specific schools of thought. The Peripatetics, the Stoics and the Cynics were among the most well known schools of the time. It is clear that Alexandria lived up to its fundamental role as a city for intellectuals, nurturing many great minds, whose impact reverberates through our modern world.

Hypatia of Alexandria was a Greek mathematician, philosopher, astronomer and inventor. Though born in Greece, she eventually migrated to Alexandria. Like many great minds at the time, it is there that she became the head of the Neoplatonis School of Alexandria. From most accounts, she was highly respected by her fellow Alexandrians, both as a teacher and a philosopher. With her death, the age of great ancient scientific discoveries came to an end.

Kallimachos was born in Cyrene and educated in Athens. After his studies, he moved to Alexandria to work in the great library, a poet and a critic. He strongly rejected the epic format of Homeric poems, and instead fervently supported a shorter, more judiciously formulated style of poetry. His epigrams and elegiac poems were emulated by later poets. His work was extremely popular second only to homers own works.

It was in Alexandria that mathematician Euclid, the father of geometry, wrote the elements, laying out the foundational work of what would become modern algebra and number theory. Euclidean geometry would become one of the most influential systems in the evolution of mathematics.

How do you calculate the circumference of the Earth? With a camel, two sticks and shadows cast by the sun. This is what Eratosthenes of Cyrene described in his principal work, Geography, while he was director of the Great Library of Alexandria. He is credited for the invention of the armillary sphere around 250 BCE.

The earliest known and most complete armillary sphere of antiquity was the Meteoroskopion of Alexandria, with an imposing nine rings compared to the three or four of most other astrolabes. Known as the Zodiac Krikotoi amongst the Greeks, the Meteoroskopion was used to determine the location of celestial bodies around the Earth. Every self-respecting astronomer of antiquity would have sought to use this tool to better understand the celestial movements.

Pythagoras of Samos was a well-known and respected philosopher and mathematician. He is best known for the Pythagorean Theorem. However, there is proof that the theorem existed in Babylonia and India, long before Pythagoras was born, casting some doubts as to who exactly originated the theorem.