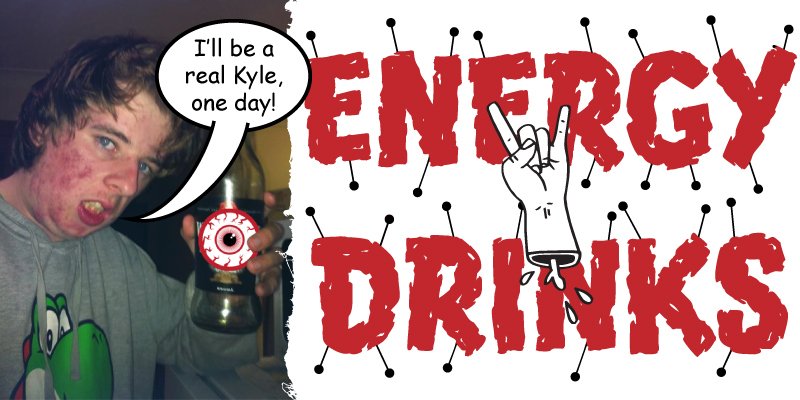 With us tonight we have the all seeing, little understanding, Oracle. His failed energy drink was called Taint Del Tauro. It’s selling point was a potent concentration of ball sweat from fighting bulls in Mexico. It all folded when a whistleblower, codenamed Bella, leaked that the real ingredient was Piss of Tomcat. His defense was; Wringing out a bull’s nut sack is a lesson you only learn once.

Next we have Mystic. His failed energy drink was called Zero-G. “Floats Your Fat Ass, to the Future” was the slogan. He had the recipe and the branding ideas all ready to go … but he forgot what he was thinking about, and just couldn’t get his fat ass off the couch to go file the trademarks.

Then there is Teddy. He invented a drink called Biscuits & Gravy, which was pretty much that – liquified biscuits and gravy. It was actually delicious, but users reported mostly napping and high blood pressure.

And I’m your host tonight, that rascal Ashtray. My patented energy drink is called the Barry Bump. You go to the back corner of the bar with a shot of Hennessy for some guy named Barry. Then he’ll let you have a line in the handicap stall while ramblin about how “Jesus is insurance for the soul” and how he’s just one more kilo away from retirement. But hey, at least it’s not Piss of Tomcat!

And this is the Red Eye Report!

Who Made the Energy Drink?

The energy drink, as we know it, started in Japan. In the postwar period, amphetamines were very popular until laws were passed to curb their use in the 1950s. Then in 1962, a company called Taisho introduced Lipovitan D — a legal, energizing tonic sold in minibar-size bottles. By the 1980s, such vitamin-fortified, extra-caffeinated beverages were being regularly consumed by Japanese executives struggling to get ahead. One television ad showed Arnold Schwarzenegger bursting from a flagon like a juiced-up genie. Another had a hero in suit and tie, signing deals and making presentations as he raced around the world. “Can you fight for 24 hours a day?” he chanted with his chin upturned. “Businessman, businessman, Japanese businessman!”

Dietrich Mateschitz, the international marketing director for an Austrian company that sold bathroom products, discovered the supercharging tonics while on a business trip to Bangkok. In 1984, he quit his job to partner up with the Thai manufacturer of a beverage made with caffeine and taurine called Krating Daeng, and three years later he debuted a carbonated version of the same in his home country under the Red Bull label.

Mateschitz brought his beverage to the United States in 1997

What’s in a Red Bull

The son of industrialist Alexander Byers, Eben Byers was educated at St. Paul’s School and Yale College,[1] where he earned a reputation as an athlete and ladies’ man. He was the U.S. Amateur golf champion of 1906, after finishing runner-up in 1902[2] and 1903.[3] Byers eventually became the chairman of the Girard Iron Company, which had been created by his father.[1]

In 1927 Byers injured his arm falling from a railway sleeping berth. For the persistent pain a doctor suggested he take Radithor, a patent medicine manufactured by William J. A. Bailey.[4] Bailey was a Harvard University dropout who falsely claimed to be a doctor of medicine and had become rich from the sale of Radithor. Bailey created Radithor by dissolving radium in water to high concentrations, claiming it could cure many ailments by stimulating the endocrine system. He offered physicians a 1/6 rebate on the prescription of each dose of Radithor.[5]

Byers began taking enormous doses of Radithor, which he believed had greatly improved his health, drinking nearly 1,400 bottles.[6] By 1930, when Byers stopped taking the remedy, he had accumulated significant amounts of radium in his bones resulting in the loss of most of his jaw. Byers’ brain was also abscessed, and holes were forming in his skull. His death on March 31, 1932, was attributed to “radiation poisoning” using the terminology of the time, but it was due to cancers, not acute radiation syndrome.[4][7] He is buried in Allegheny Cemetery in Pittsburgh, Pennsylvania, in a lead-lined coffin.[5]

In 1965 his body was exhumed by MIT physicist Robley Evans. His total intake of radium had been about 500 μCi (1/2mCi).

Taurine – is an amino acid

Our bodies can make it.

We get it from meat, fish and breast milk.

Scientist THINK it helps with fluid balancing, skeletal development, and healthy function of the central nervous and cardiovascular systems.

The History of Four Loko –

Mystic: Whitehouse caught hiding the USS John McCain from the background of his speech in Japan

In all Seriousness: Go fuck yourself Tulsa, Oklahoma. That’s our show, we’re gonna be here every Wednesday night at 10pm central, make sure you join the conversation at theredeyereport.com or facebook.com/theredeyereport…..you can also twittle us at twitter.com/red_eye_report….like us, share us, or fuck us, we’re down for whatever. I’m Oracle…………….and this is the RED EYE REPORT!!!!!