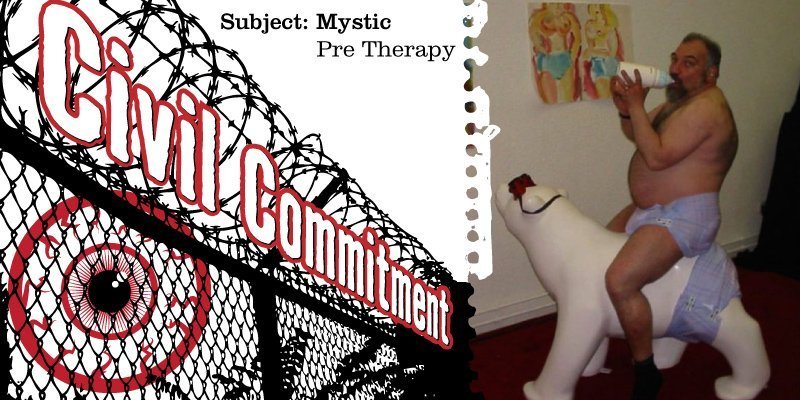 In this episode of the Red Eye Report, we discuss getting locked up, we make sweet love to a thirteen inch Sony Trinatrizzle, and as usual, we put five on it.

With this week is the soot-covered Ashtray. Ashtray was committed to a mental institution 12 times in his 36 years on this earth. The first one was because he was perceived to be a danger to himself. The other 11 were just to get some more of that jello.

Next to him is the fluffy Teddy Bear. Teddy’s never been committed mostly because he’s black. I know that sounds racist. But black people have a different system of mental health commitment. It’s called taking your grandma to church.

We’ve also got an all-seeing Oracle. He’s been committed so many times, they named a wing after him in a facility in Massachusetts. It’s called sleep bating hall.

Last and least, I’m the Mistic I was committed once. But it was for a story I was writing. There was a bitchy nurse, a very large Native American, and a lot of good drugs. And actually, the jello was amazing. And this is the RED EYE REPORT!!!

Ashtray: Steve King questions if there would be any population left if not for rape and incest

In all Seriousness: Go fuck yourself Princeton, NJ. That’s our show, we’re gonna be here every Wednesday night at 10pm central, make sure you join the conversation at theredeyereport.com or facebook.com/redeyereport…..you can also twittle us at twitter.com/redeye_report….like us, share us, or fuck us, we’re down for whatever. I’m Mistic…………….and this is the RED EYE REPORT!!!!!