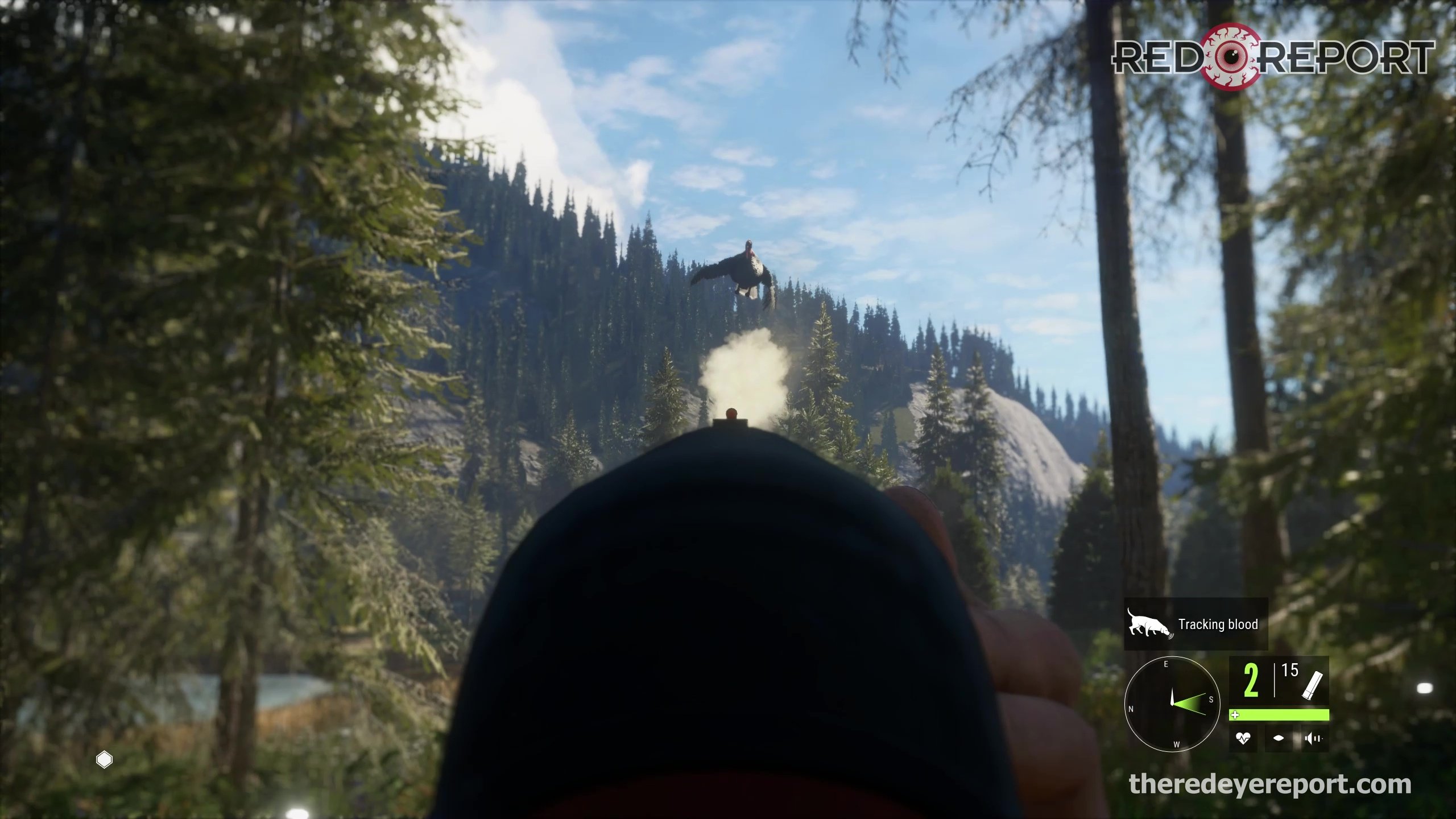 I tried theHunter: Call of the Wild when it was on Xbox Game Pass a few years ago. I enjoyed the game moderately at that time, but there was a steep learning curve, and the game was obtuse enough to cause me to fall off. When theHunter: Call of the Wild came up on the Epic Game Store as a free game this week, I figured I’d give it another try. Not only was the base game free, but the DLC was deeply discounted.

I have a special admiration for games that companies run as a service over many years. Elite Dangerous, No Man’s Sky, and American Truck Simulator come to mind. Those are games I’ve played. I’m sure Elder Scrolls Online and other MMOs fall into that category. When done right, the level of depth and detail that emerges is impressive. Engine overhauls keep the games current over the years, and these small game studios polish and refine their product in a way that even bigger game companies often don’t have the resources to pull off. theHunter is one of those games. The original free-to-play version came out in 2009, with the updated paid version in 2017. There was a lot of griping about having to pay for DLC in 2017, but my oh my, has this game blossomed into something special come 2021.

As of this review, there are 11 huge hunting areas in theHunter. Each of the areas has its own animals to hunt and a surprisingly not terrible quest system to get you moving around the expansive maps. The graphics of this game are the best outdoor graphics I’ve ever seen. Period. Everything down to blades of grass and branches look great from afar and up close. When animals move through the terrain or bed down, they dynamically lay the grass down. Animals look awesome. The shooting feels good. It’s all aces, but that’s not why I’m here. We need to talk about my bloodhound, Tulip.

theHunter is a difficult game. Even if you shoot a deer in the head, chances are good you’re not going to drop it instantly. If you’ve been moving through the brush, you need to take your heartrate into account when you shoot. You need to track the particles in the air to see which way the wind is blowing and mask your scent. The slightest noise can set animals off. It’s not uncommon to track animals for 20+ minutes, to possibly spook them and not get anything, or hit the animal in a non-lethal spot. That’s why the Bloodhound DLC is such a welcome edition.

You can issue commands to the bloodhound like heel, sit, lay down, or my favorite, track. When I do this, my bloodhound Tulip zeroes in on the trail in no time, and what could have been a frustrating stumble through the forest, where I may or may not have come up with anything, almost always ends up with me bagging my deer or other quarry.

I’m impressed by how natural the bloodhound feels in the overall gameplay. I was expecting a bolted on and novel component, but Tulip feels like she’s been in the game the entire time. The animals we’re hunting respond to her as well. If she gets too far ahead, she can spook what we’re after, so I need to call her back. If I’m trying to lure an animal up to a stand or blind, I can tell Tulip to lay down, and she will be quiet. The Bloodhound DLC moves the needle of theHunter: Call of the Wild from a relatively difficult and punishing simulation to an exceptionally fun game.

I still get the thrill of the hunt. I need to scout prints and trails and set up my stands, but when I finally take that shot, ole Tulip brings me along on an adventure. We frequently encounter other animals as we traverse the landscape. I’ll hear turkeys off in the distance and try to call them in. Or I’ll see a huge elk through the trees. It’s all good, because with Tulip’s golden nose, I can track down whatever I shoot. For players looking for a hardcore challenge from top-to-bottom, the Bloodhound DLC might be too much. For me, as someone that enjoys the casual hunting in games like Far Cry and Red Dead, it’s perfect.

If hunting an animal for 30 minutes with no guarantee that you’ll get it sounds appealing, I would say give theHunter: Call of the Wild a try. It’s on Game Pass and deeply discounted on other platforms right now. The DLCs, especially the reserves are totally worth it. And get yourself a bloodhound!